Samothrace is suitable for Religious – Pilgrimage tourism since visitors will encounter the 999 churches that are spread out across the island.

On the island you will visit sights like the Monastery Metamorfosseos of Sotiras, Panagias Church of Krimniotissas, Church of Agia Paraskevi, Church Assumption,the monastery of St. Athanasius. Also of particular importance given to the small monastery of Agios Athanasios and the Step of Apostle Paul.

This monastery, also called Christ, located in Therma.
It was dependency of Iviron Monastery on Mount Athos and nowadays is preserved only part of the ledger.
This is a late Byzantine church and the only remain of the monastery that was once in the region. 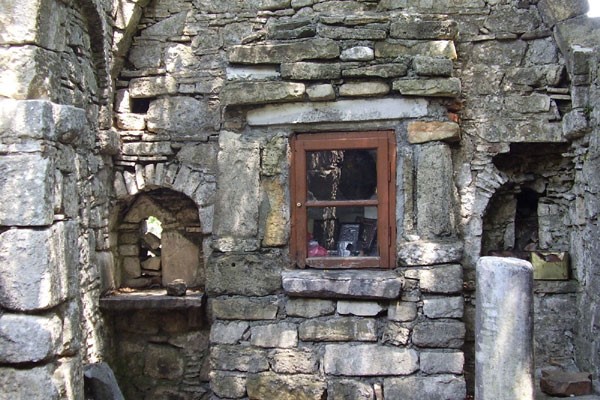 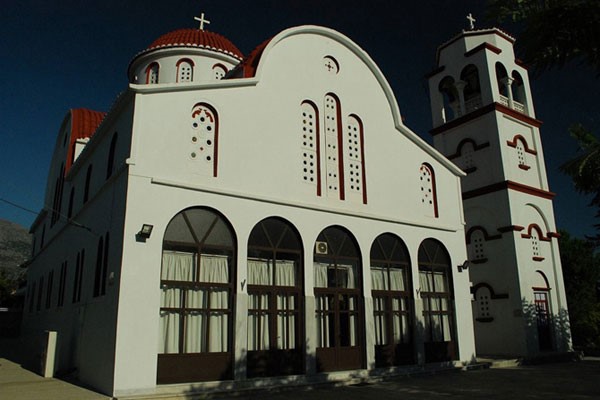 This temple is located in the homonymous village and inside you will find the miraculous icon of Virgin Mary of Kamares. According to tradition, the icon was found Thursday after Easter, in the years of iconoclasm.
One night, a group of fishermen saw a glow on the horizon, that come closer and closer. Their curiosity led them to sail to that spot with their boats.
This is how the icon has been found in their hands and since then kept as a treasure. This day every year is celebrated in honor of the Virgin Mary, known as the “festival of Kamariotissa.”

Situated in Pahia Ammos is the church of Panagia of Krimniotissas, which took its name from the krimnos, the high rock on which it is built. The church is impressive both because of where it is located, it seems to hover and offers breathtaking views of the North Sea, and because the story around it. So, according to tradition, the icon, currently locaked at the church, had been thrown to the sea by Christian inhabitants of Asia Minor, to be saved from the looting of iconoclasts.
It was around 1700, when a ship sailing in the waters around the island of Samothrace, been threatened to sink because of severe sea states. Then the captain saw in the water the icon and instructed the crew to raise it to the ship. Immediately the storm subsided. The same evening, the Virgin Mary appeared to the captain in his dream and asked him to go to Samothrace, as he did.
The priest placed the icon in the main island church, but every night the icon was leaving the church and the inhabitants found it every morning at the high rock. Eventually they understand the desire to be on the high rock, so they built the chapel that be seen today at the high rock. 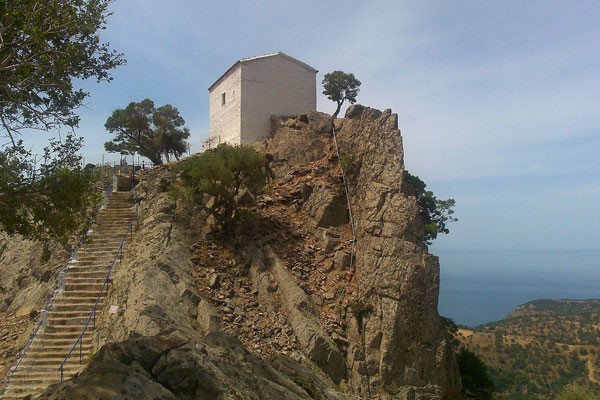 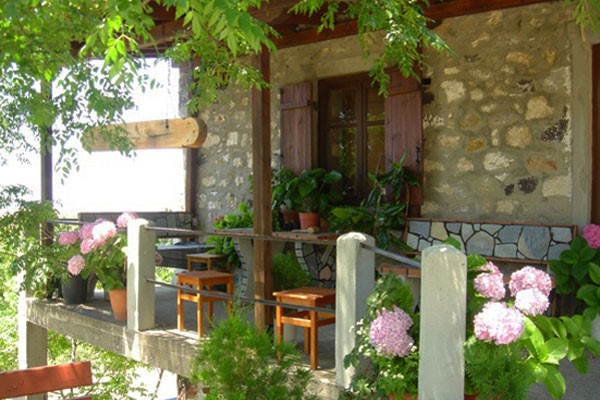 In a peaceful location outside Alonia is the Monastery of St. Athanasius. It used to be a dependency of Iviron Monastery, presently belongs to the Metropolis of Alexandroupolis.
Apart from the stone temple, which blends perfectly with the naturalsurroundings, in the Monastery you will have the opportunity to admire thepaintings of Theophanes the Cretan.
Ion Dragoumis in his book on Samothrace, devotes several pages in the Monastery, in the chapters “The dependency” and “Nervous Dialogues”.

This small chapel in Ano Meria is located right on the sea and invites the guest to find serenity. From this place one can see the deserted island Kavouri.
On July 26 at the chapel of Agia Paraskevi celebrates with a big festival. All believers and guests attending the Divine Liturgy in the shade of the huge plane tree and then continue with feasting and dancing in the plane trees of Aspasoudas, which is located near there. 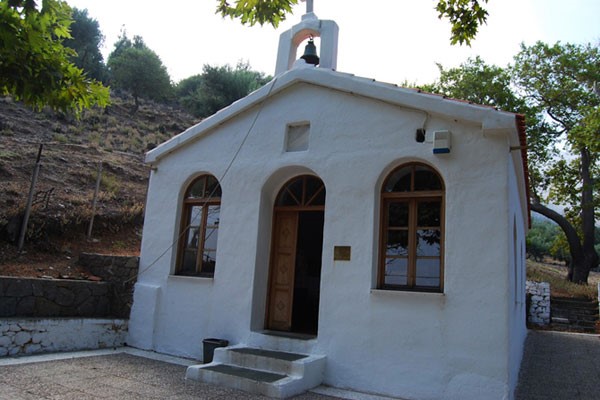